My husband and I both have very strong feelings about education and it’s importance.

But we also come with school related damage.

John had a teacher that had no interest in him and decided that he needed to be held back because he wouldn’t read something on demand.  Anyone who works with kids or is around kids at all knows that they are unpredictable and will always do something contrary to what you are thinking.  This teacher didn’t understand this concept and obviously shouldn’t be responsible for children – in my opinion.  He was pulled out of the public school and put into a great Montessori school close to their home.  He not only caught up to his former classmates but had some amazing adventures with his new school that would have never been available at a public school.

I started school as an excited smart kid.  MY first grade teacher called me “spirited” and then did her best to break that spirit.  She used humiliation as a way of dealing with my vivacious manner.  As I’ve talked about before, I got sick almost every Sunday night while I was in first grade.

I’ve also talked about the fact that elementary school just wasn’t a lot of fun for me.  I don’t look back and see the friends I made but that I survived it.

When I was pregnant with Phoebe, I started thinking about the fact that she would eventually go to school and the idea scared the pea soup out of me.  I started researching private schools and Montessori schools.  I quickly found out that the county we live in has abysmal results.

I personally believe that the worst thing that ever happened to the American public school systems was No Child Left Behind (NCLB) and the second worst was Zero Tolerance.

We had considered selling the house – nearly impossible in this market – and moving to another county because the schools are supposed to be better there.  After a discussion with a friend of a friend about class sizes and the recent testing scandals here in the Atlanta area, I decided that they weren’t much better.  So that got us considering something else.

I looked into some of the local private schools, but found that not only were a couple of the schools using the SAME EXACT CURRICULUM as the public school but that class sizes were sometimes bigger than in the public school.

The best private schools around also seemed to have a religious slant.  Now, we aren’t especially religious.  We attend church and identify ourselves as Christian.  I’ve always thought that religious instruction should come from the parents and the church – not my kid’s school.  I had a cousin growing up that went to a religious school – his parents were basically racists and the school didn’t have any “brown” people in it.  I remember how confused he was.  Last I heard, he’s a skinhead and I haven’t talked to him in about 15 years.  His education didn’t do him any good in the real world and it certainly didn’t help him learn to accept people for what they are.

John and I also started talking about the future.  The future we’d like to create where we are able to travel more.  I have this dream to buy an RV and travel around the US and see every state.  I’m also dreaming about a trip out west that will take us to many places that John talks about from his Montessori days (he went on a nearly month long trip out west to the Grand Canyon and other places) and I have plans and bookmarks showing all the routes we could take and places we could visit.  I also have a fantasy of this crazy around the world cruise that takes over 100 days to complete and goes to 28 countries.

It always seemed like that serious travel would have to wait until the kids are grown because of school schedules, but then I started thinking.  What better way to learn about the world than to travel it? 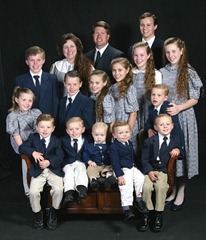 I was mostly appalled by the idea of homeschooling before this.  After all, I was not an educator.   I barely made it through college algebra, how could I teach algebra to my children? Also, I knew the stereotype: unsocialized, religious zealots where all the girls don’t cut their hair and wore prairie dresses and the boys have crew cuts and tons of kids in the family.

But as I did the research, my mind was changed.  Home educated children have consistently higher performance on standardized test scores.  Also, is there really a good reason to separate children from their siblings?  Several modern education techniques take more than your children’s manufacture date into mind (see the video posted here for more on that).

Also, that socialization thing?  Have you ever read Lord of the Flies? Since when have a group of similarly aged children been a good thing to have around?  Pack-like mentality is almost never a good thing (think angry mobs, mean girls, and Monty Python and the Holy Grail).

Another thing: the importance of family.  I am sick to death of people talking about the sanctity of marriage when we have a 50% divorce rate in this country.  But I believe that the family is the foundation of the country in whatever form that family takes.  Modern education practices places all the importance on pulling the child away from the family because they are the experts.  But the modern classroom is more about managing children than educating them.  In the family, the child is celebrated while at the same time being taught the value of working together, getting along, and building character.

Because of these reasons, at minimum, I will homeschool my children through the elementary grades.  Beyond that, we will decide on a year to year and child by child basis.  I will choose the best resources I can find to teach them readin’, ritin’ and ‘rithmatics and I will make sure they have a good foundation in history, science, language, and the world around us.  I will make sure they are socialized and will be able to hold their own in any group and respectful of others.

And do you know what I don’t have to deal with?  Crazy back-to-school supply lists, filling out the same paperwork with the same information over and over and over again, or hours of homework every night after they’ve been in school for 6 hours.

I can’t avoid my children being bullied by other children but the difference is that if Phoebe tells me another kid is being mean to her, I don’t have to send her back to face her tormentor the next day.  I can’t protect my children from everything, but I can make sure that their educator is fully invested in their education and best interests.  I can help my daughter make friends who will support her and make lifelong friendships.  I can make sure my children think creatively and divergently.  I can help make every day be the miracle it truly is instead of another day to get through.  In short, I will do anything for my children to succeed and be joyous.

3 thoughts on “Why we homeschool”